TEACH YOUR EMPLOYEES TO SAVE LIVES USING P.A.S.S. 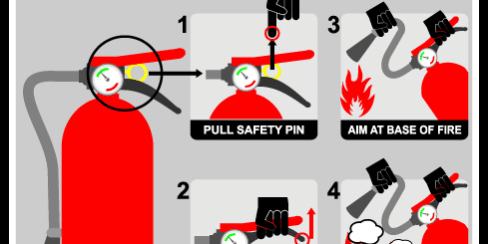 The first thing to do is pull the pin at the top of the fire extinguisher.  It will also break the tamper seal which allows you to discharge the extinguisher.

Using a sweeping motion, move the fire extinguisher back and forth at the base of the fire until the flames are out.  Don’t walk away until you have watched the area for several minutes to ensure that the flames do not re-ignite.

Remember: Aim at the base of the fire, not at the flames!