Are You Using the Right Type of Fire Alarm? 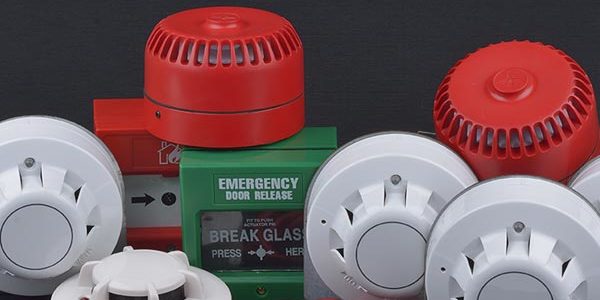 According to the National Fire Protection Association (NFPA), many of U.S. household fire deaths result from fires in homes with:

Whether it’s a household setting or in a business, the selection and maintenance of an early warning system is critical to save lives and minimize property loss.

Thermal fire alarms – feature a detecting element inside the unit that activates when it reaches a predetermined fixed temperature or when a specific increase in temperature has occurred.  Heat detectors are the oldest type of automatic fire detection device. They can only detect a fire that’s already started but they are not affected by dust, smoke, or other airborne particles.

Ionization fire alarms – Ionization smoke detectors contain a very small amount of radiation within an ionization chamber. They create an electric current between two metal plates, which sound an alarm when disrupted by smoke entering the chamber.  Every ionization alarm has a warning about this material on the back label. In addition, it may have the words “ionization alarm” somewhere on the label.   Ionization smoke alarms can quickly detect the small amounts of smoke produced by fast flaming fires, such as cooking fires or fires fueled by paper or flammable liquids.  Ionization fire alarms are highly effective against flaming fires where a lot of combustion is taking place, but are typically not as good at detecting smoky, smoldering fires.

Photoelectric fire alarms – Photoelectric smoke alarms use a beam of light shot at a panel to detect fires. When the beam is interrupted by smoke or other particulates in the air, the light disperses and comes in contact with a photocell, which triggers the alarm.

Additionally, some smoke alarms are designed to meet the needs of people with hearing disabilities. These alarms use strobe lights and vibrations to alert anyone unable to hear standard smoke detectors.

A properly installed and maintained smoke detector is on alert 24 hours a day – whether you are awake or asleep – scanning for fire or smoke. The best smoke detectors are reliable, durable, and easy to test and maintain.

Call Fire Control Systems for all your fire alarm needs.